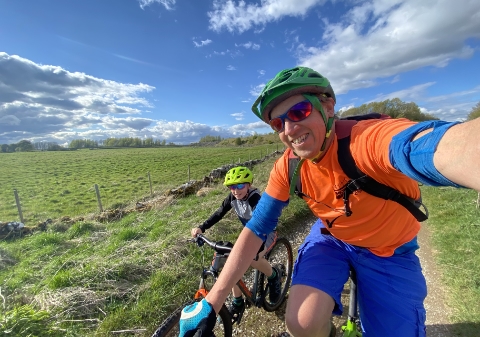 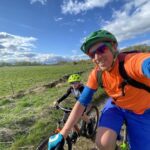 I’ve been unsure as to whether I should share my story of covid-19, as all along it has only been a suspected case of infection. But as I sit here reading more and more stories of light symptoms I believe it has a place in the overall picture of the virus and its affects amongst the population.

Around the week’s commencing the 16th and 23rd of March I was, what I would usually describe as being, under the weather. Nothing that would typical take me out of work for anything more than a day or two at best, but certainly ill enough not to go running or doing anything else physically or mentally challenging. My notable symptoms included swollen neck glands and sore throat, a sense of my body temperature being out of balance (but not what I’d call a fever temperature), then for a number of days in the morning and last thing at night an occasional cough, but nothing that I’d describe as persistent and finally a sinus like headache that was bearable but uncomfortable at times. At the same time, my 12 year old daughter exhibited similar symptoms to me. After about 5 days the symptoms eased.

This was then followed by the sinus headache persisting, creating a sense of a head fugginess that was almost ever present. It stopped me from thinking clearly and affected my ability to work at any level of normal productivity. Although at this time lockdown was starting to come into full effect, so it was hard to distinguish between ailments of a physical nature and the mental demands of trying to work from home, with two children (10 and 12) that needed help with their own schooling.

Between the start of this and where we are today, I’ve had about 3 or 4 periods of the same ailments returning or relapse, but lasting for much shorter periods of time, perhaps only 24hrs. The sinus headaches lasted for several weeks but have eased now. On the earlier versions of “not feeling great”, I noticed my eyes getting sticky and light conjunctivitis symptoms. All of these symptoms, including the light sore throats are not regular occurrences for me and might normally only happen once or possibly twice a year during periods of being particularly run down or overexerting myself. I have also experienced the re-emergence of my IBS, which I’d not suffered from in any noticeable fashion for some time (over a year), at times it was bad enough to wake my during the night with intestinal pain – although this could be related to the underlying stress and anxiety brought by the overall lockdown and presence of the virus in general.

Once I’d got over the initial period of illness, I’ve been able to resume my normal exercise routines generally, without any really noticeable side effects, which are usually relatively demanding, fell running and cycling most days. Once or twice I’ve felt a slight tightness of my chest, but that could as easily be down to the already mentioned state of underlying anxiety relating to the lockdown, as much to any physiological symptoms. The other seemingly related symptom was a persistent running nose when exercising, which has now stopped.

Just recently I’ve noticed my sense of smell being more pronounced, at no point did I ever notice that I’d lost it, instead was more that I was suddenly smelling things again, if this makes sense. I’ve had no noticeable loss of any sense of taste, beyond the usual furry mouth you get sometimes when ill during the initial period.

I’m curious to find out if I’ve had the virus, but due to the length of time passed now any test would be ineffective. The reading I’ve done on the low percentage of people exhibiting antibodies and the fact that they’re still trying to decide if any of the tests for antibodies are fully effective seems to point to me never really knowing if I’ve had the virus or not. I suspect there are many, many people in a similar position to me.